Oh Dear God, Another One!!!


I was minding my own business as I usually do and then what happens to disturb my peace? Mom brings in a stray dog. He is a full blooded MinPin and I do have to admit he is a little stranger looking than Tucker, my God this new boy has nose on him, and get this he doesn't have a tail!

At first I wanted to eat him as much as I want to eat Tucker. But this boy is different, instead of dramatically  falling down, rolling on his back and screaming like Prissy from "Gone With The Wind" he stood his ground. I didn't phase him a bit with all my growls and jumps at him. I respect that in a dog so I decided we might could be friendly. Hell, I even let him sniff my butt and I don't like anyone sniffing my butt. After some major butt sniffing and circling we began to play. I know I lost a little street cred but I had fun with that boy. Now Mom knows I am not dog aggressive like she feared I am just aggressive to Prissy dogs like he Chupacabra.


More proof that Tucker is a Chupacabra: 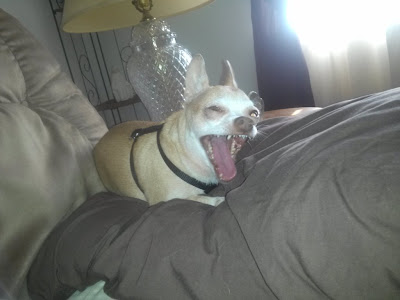 So back to the new boy. I do have a problem he is very protective of the Chupacabra, maybe those gigantic ears they both have bond them or something, but somehow behind my back, probably during those times I have to be kept away from Tucker, they managed to become BFF's. It's a little sickening. But if Mom takes Tucker to give him his medicine or into another room he cries and cries until she brings him back to where he can see him again. I'll just have to live with it. At least I can be friends with him too and have someone to play with too. I did hear some disturbing whispers today, Mom and My Boy are talking about putting the three of us together to see if the new boy will protect Tucker from me and I will learn not to attack Tucker. Never, I say, never will that work.
Here is a picture of the new boy, Mom is going to start a blog for him too. 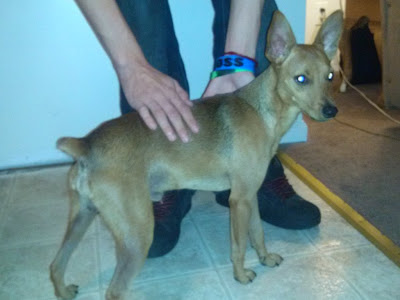 Meet Bentley Chance (how corny is that, it's because he is a rescue and got a second chance, did I mention Mom is still crazy?) 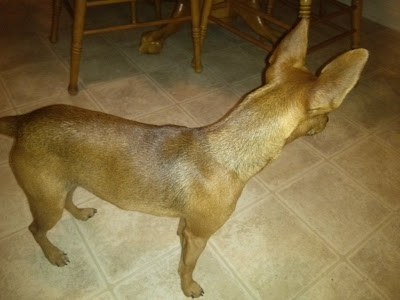 Mom says this one shows his pretty color better. 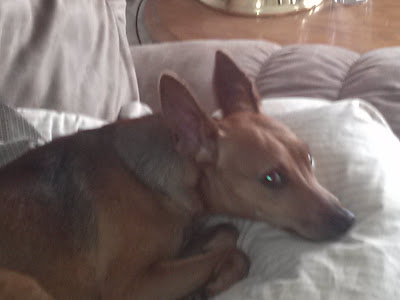 Yeah, didn't take him long to make himself right at home. You are noticing that he is on one of My pillows, aren't you?
Mom calls this a miracle: 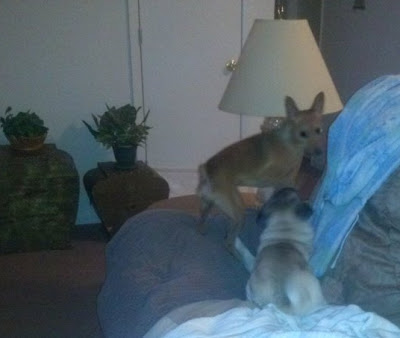 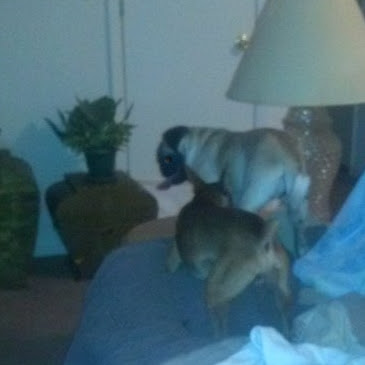 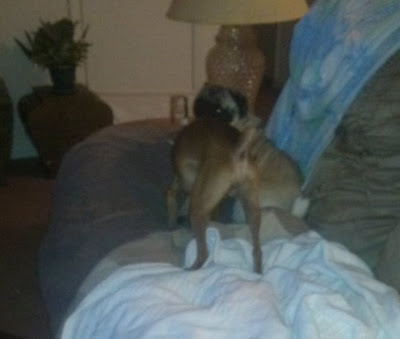 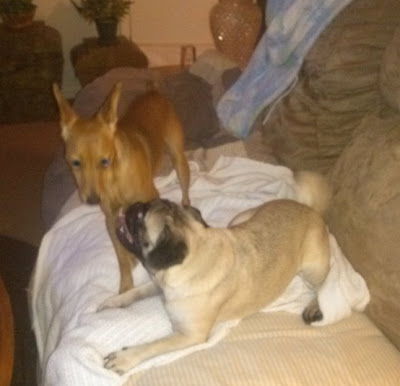 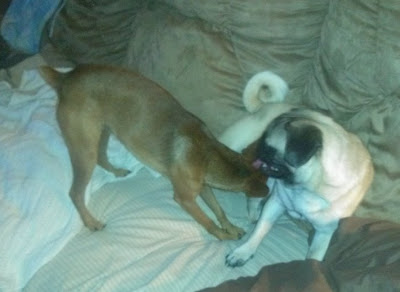 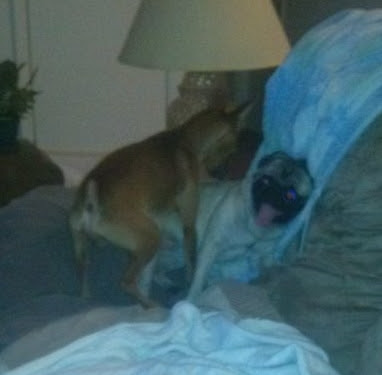 Mom did get some good news. I have to go this week and a get a shot that they didn't tell Mom about when I started these treatments, she was a little upset cause they aren't cheap but then she called the vet to find out what they are and now she is excited. It seems I am doing really good and my clotting is holding almost like a normal diva now. I have this shot these week but it is in preparation of something really good. I have a full treatment in September, another one of these shots in October and then a full treatment in November. The shots are to prepare for my port removal, removing my port means no more treatments! So it looks like unless I have some major set back and the vet says that isn't going to happen with the way my blood looks now. So it looks like I have two shots and two treatments left and in the November treatment he is taking out my port. He said I may have to go once or twice a year for a shot, but there is a possibility I won't need them, just to keep things on track but that's minor compared to these treatments.
Wanna see my fabulous self? 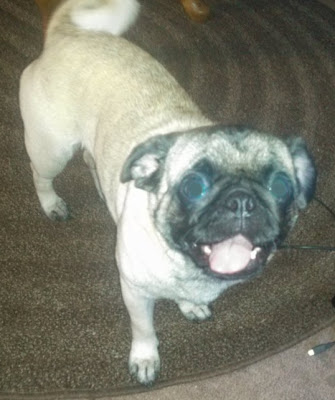 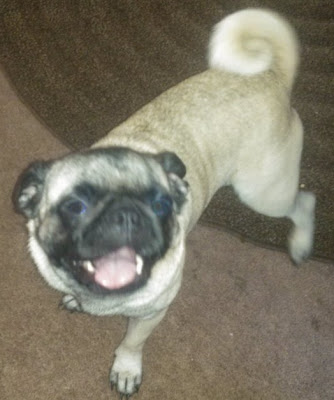 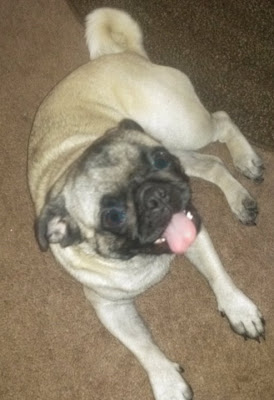