It's been a rough week around here for me. As you know Mom has had the graine headache, which I am becoming suspicious of. I am thinking maybe, just maybe, she is just enjoying this "laying around in the dark watching TV all day"  business and is going to drag it out as long as she can. Come on, does she really think we are buying that chocolate candy bars and fast food is the recommended treatment for a graine?

Then night before last as Mom was having one of her "treatments" in front of the television the phone rang, or maybe I should clarify that since we were still in the midst of the noise ban, the phone flashed. She fought her way through the empty candy wrappers to answer it. As she talked I could see The Look. Every time Mom gets The Look something is going to happen and from past experience I know it isn't going to be something I like. She hung up, cried for a bit and went into action. She was moving so fast that her Snuggie produced tornado like winds, it was a sight to see. There was a fast and furious assault of phone calls and with each one Mom is getting angrier. Seeing Mom angry is very foreign to me, I have only seen this once or twice in my lifetime because crazy as she is my Mom keeps it together in just about any situation. Since she seems to only have three triggers that will make her this angry I know it is either going to involve one of my human siblings or an animal  being hurt or Obama has done something else incredibly stupid. Since it was close to the midnight hour and highly unlikely that anyone from the White House was calling Mom directly to bitch about it I ruled out Obama. She wakes My Boy up and they leave. Yes, left me here all alone, at night, uncrated. This was serious. I was a very good girl and didn't bother anything while she was gone just in case it was Obama and she brought him back to the house or something. What if he brought his wife too? The man scares me and that wife of his looks like she might eat small children or pugs for breakfast everyday. I was taking no chances. Let's just say I was "Scared Straight".

She came back in about an hour and I got really excited because she came in carrying a new dog bed, leash and collar (Pink camouflage, I LOVE pink camouflage!), new treats and new stuffies. OMD my Mom went shopping and brought me a bunch of new goodies!!! Wait....what was that in My Boys arms? I went closer for a better look and recoiled in horror. It was another Tucker, only this one was white. I had a moment of relief just knowing she hadn't cloned him. I know it isn't possible for this one to be as bad as him without scientific interference. But still, it was a damn Chihuahua! I went looking for my spork, prepared to defend my home.

The terrifying realization that Turdley Tucker isn't the only one of them in the world was sobering. I decided to observe this breed from a safe distance on the opposite side of the room, spork in close reach. Is that teeny tiny mouth they have really useful? Anyway, after careful consideration and with my vast knowledge of genetics I came to the conclusion that the Chihuahua can only be a hybrid. 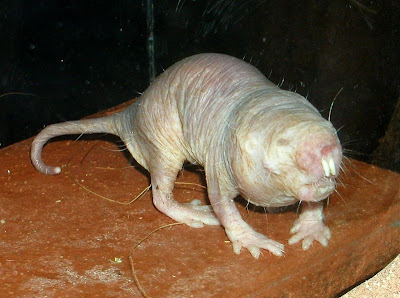 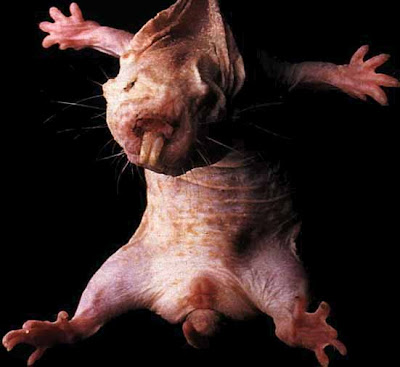 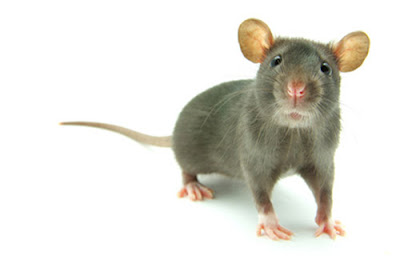 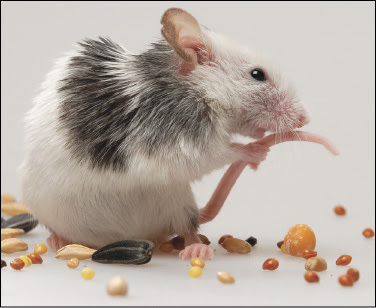 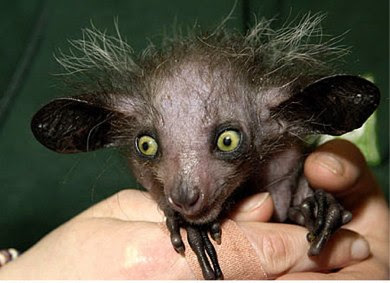 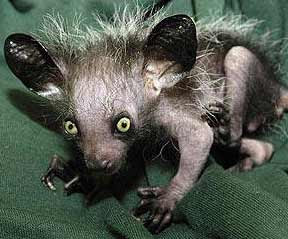 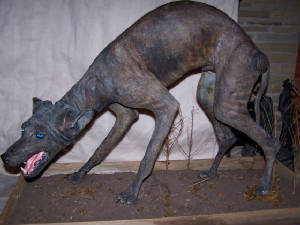 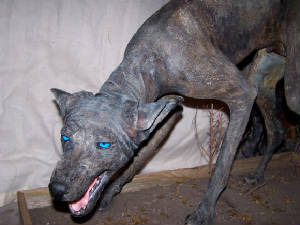 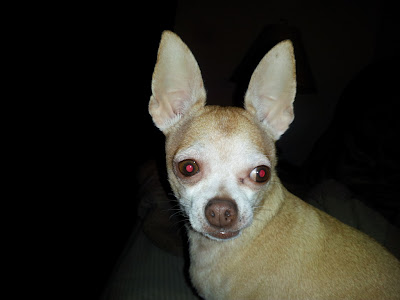 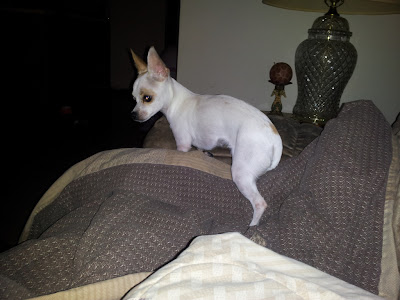 2nd evidence photo of DNA mingling aka The One Mom Brought Home. This one has yet to be given a scientific name as testing is still underway.
In conclusion my professional opinion is that the Chihuahua is a result of DNA mingling of the Naked Mole Rat, the common Rat, the Aye Aye and the Chupacabra. Further DNA analysis will be needed to determine what percentage of genes each one has contributed to produce the breed we know as "Chihuahua".
We are pleased to report that the Chihuahua (in the picture above)that Mom went to rescue is now living with my human sister and dearly loved.
Posted by Tucker and Lola at 10:40 AM