This Is What Got Me In Trouble....Again

It's pretty well known that I can't resist a good Reese's Puff cereal bite so why My Boy left them on the table is beyond me. I mean it was just a given that I was going to help myself. 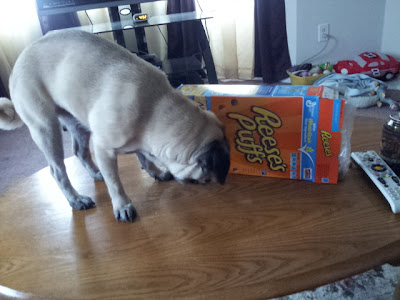 At this point I was just weighing my options, you know such as how many can I get before someone comes back in the room and catches me. 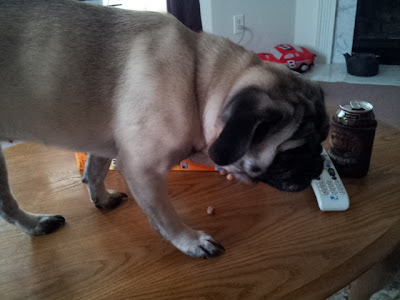 Then I decided it was worth the risk. 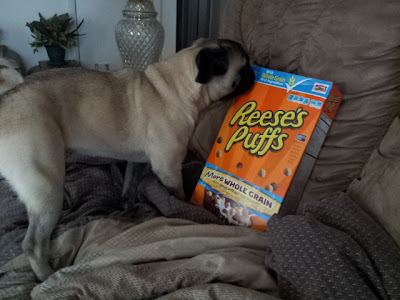 Then I thought I might could hide the evidence better if I moved the whole box to the couch, if caught I could just push those little suckers down in a cushion for later enjoyment. 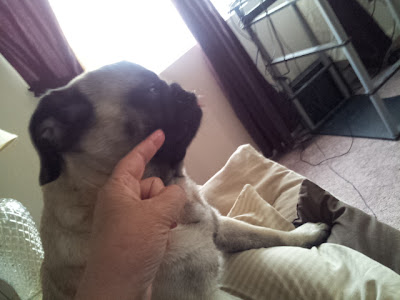 Then it happened, Thunderfoot Mom showed up and gave me a good scolding. You do notice it isn't have't much effect on me, don't you? Anybody leaves that box down again and I consider it fair game and fair game always means "IT'S MINE" in this house, at least by my rules. 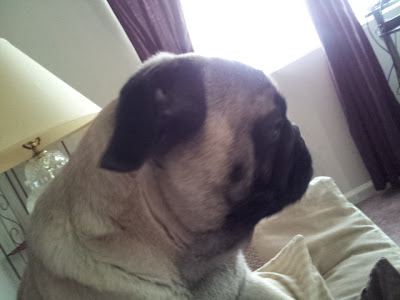 She is still bitchin' and I'm still ignoring but at least she has removed the finger out of my face. She has no idea how many of these things I have managed to get down. 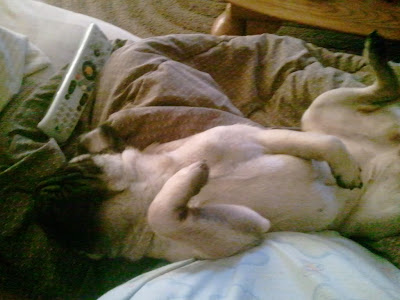 This ladies and gentlemen is what a full belly of Reese's Puff's cereal will do for you. I think I even dream about them.