A Few Issues to Address


Yesterday I got up and Mom ask me if I wanted to go outside for a minute, I'm all excited and get my coat on. First she lets me out on the back balcony: 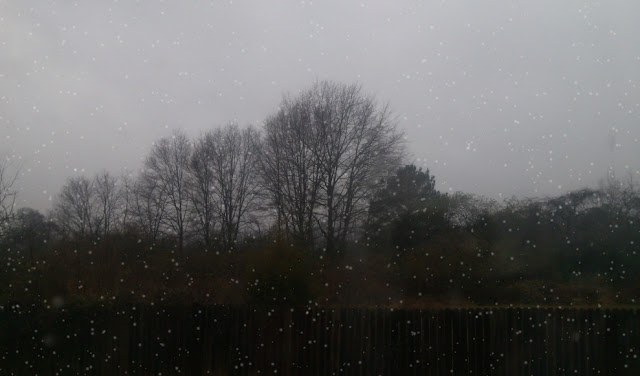 What the hell is that white stuff floating around? I want back in the house and NOW!

Then she takes me to the front : 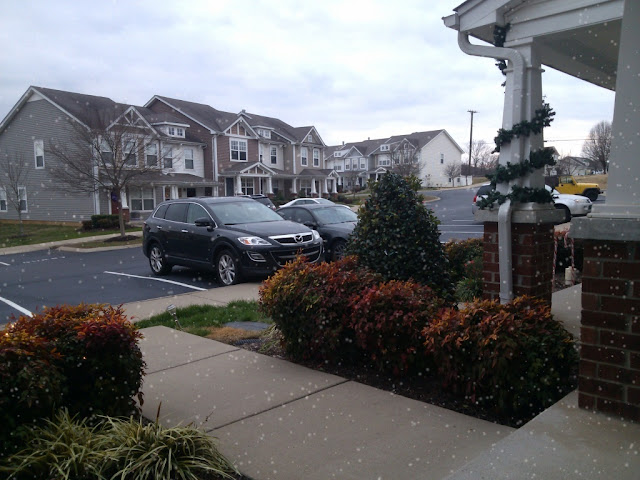 See it? It's there too!!! I can't figure this out, but I'm kinda liking the feel of it hitting my head, yet I still don't quite trust it, the good feeling could be just a trick. I decide the only thing to do is attack it. I tried my best to catch every single one of those white floaty things before they could hit the ground.  Mom said it was called snow. Not sure I believe her, we live in Alabama and that is a very strange word here. Times like this I could sure use ole' Hanklin to help me figure this out. He would know what this stuff is and just how to fight it off.

A Day In The Life Of Tucker:

I have told you all from the beginning he just isn't right in the head, but then I don't suppose many Chupacabra's are.  Me?  I am up bright and early, can't take a chance on missing something. Tucker refuses to leave Mom's bed until at least 2 in the afternoon. Just what the hell is he doing in there all that time? But get this, it gets worse. When Mom gets up she turns the fan on low, fixes about four pillows just right, makes sure the comforter is pulled up just the way he likes it and turns the television on for him. Spoiled much? Then around 2 in the afternoon he wanders into the living room and spends the rest of the day just like this: 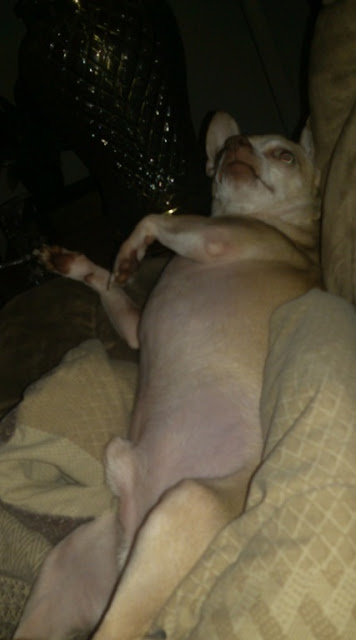 Goes straight to the couch and gets all comfy, notice Mom has a comforter for him there too, she says it's because he is a naked Chi and since he has very little fur he gets cold easy. I say he is just a spoiled brat. 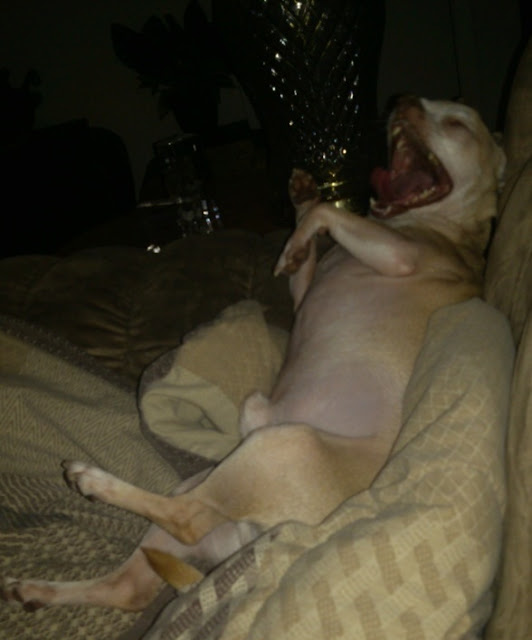 In true Chupacabra fashion he lets out a big yawn, because it isn't like he hasn't already slept all day or anything! Looking at him you would think he had done a full days work, guess it takes a lot of energy walking down that hallway. 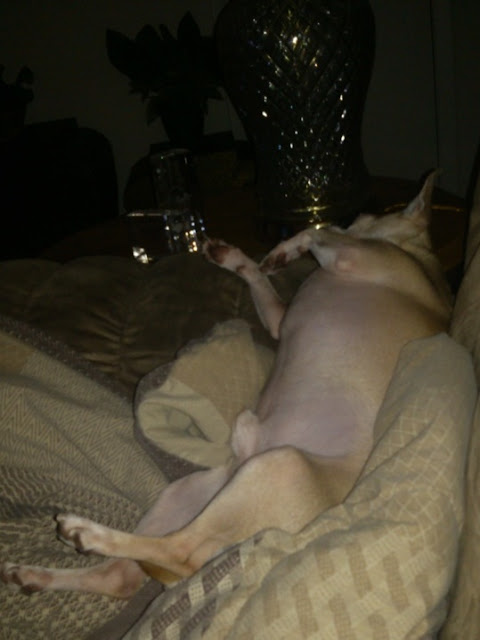 Within five minutes flat this is what you see. Asleep again! Laziest creature I have ever seen.

I have always suspected Tucker was a little fru-fru, I now have proof. What self respecting male dog that isn't gay would wear this for Christmas? Worse yet, I think he is posting more pictures of his fru-fru on his blog. I have nothing against being gay, but damn, come out of the closet man. Own it! 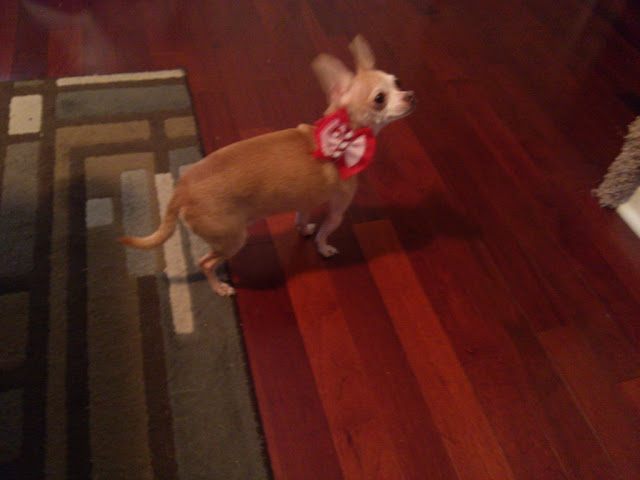 I am in a crisis situation here and don't know how much longer I can keep the fight up. I give it my best and to date I am winning, three of them couldn't hold me down for this non-sense. I simply refuse to let this happen to me. Mom has this nail polish and she thinks I need to wear it too. I'm just not a blue kind of girl and this is the first one she tried to put on me because she thought it would be cute if we matched. Hey, I'm a Pug not an Olsen twin for God's sake!!!! I don't need to match anyone. Just because she likes to wear the ugly stuff doesn't mean I do. 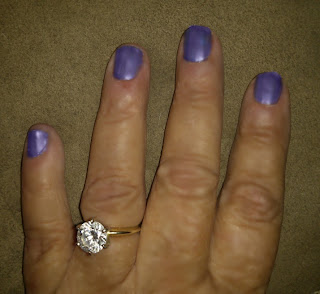 Then it gets worse and she moves on to her "Lady Ga-Ga" phase and actually thought I would wear this hot mess. Seriously, do I look or act like a sparkly kind of girl?

So I have decided they have all gone mad around here and I have to do something about it so I got my book  out and am reading diligently to try and figure out how to handle the situation: 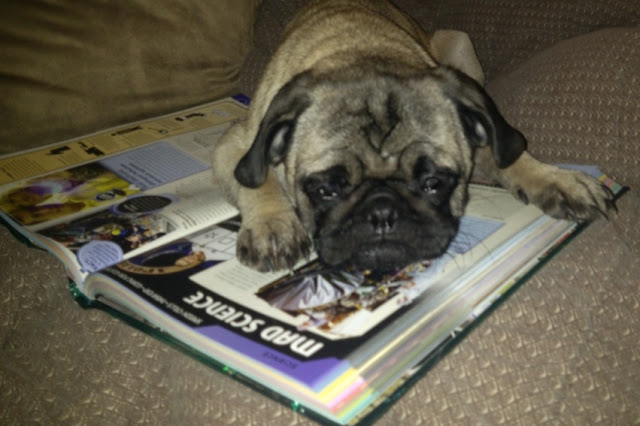 Please take note that all toenails are natural! I will conquer these fools and cure them of what ever organism is eating their brains away and causing them to have these foolish ideas and possibly do some behavior modification.