Busted By The Glitter 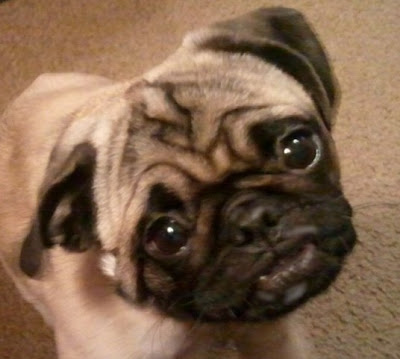 I just regret you can't see how pretty my glitter looked but it didn't show up in the picture. I should have wiped that frosting off before going to sleep!

Last night I couldn't sleep. I think it was because My Boy was gone and I thought he was coming back and I needed to be in the living room so I could watch the door and give him kisses when he came in. Anyway Mom said I was circling her in the bed like a shark, over and over again. Sometimes when people are a little dense you have to use repetitive motions to get their attention. Finally after about 15 pass arounds she got the hint and we went to the living room. Mom fixed us a cozy bed on the couch, got me a nice treat and a cold Coke for her and we settled in to watch the "Get Off My Stage Steve Wilkos Show". Mom THOUGHT I might fall asleep in there. I KNEW she would. So I waited. It didn't take long and she was out.  I had the light of the TV to operate by so all was good.

I first decided to drag all my toys out of the basket. I keep telling her I don't want them in there. Their proper place is strung all through the house so that I have instant access to them at any time.

Once I got my toys all placed in just the right places I noticed a faint odor coming from the kitchen. Afraid that someone had sneaked in and was stealing my food I went to investigate. It was coming from the kitchen island. Since I was already this far into the investigation I thought I might as well go the rest of the way and see what it was.  I weighed my options and decided if I could get on the kitchen chair just right I could jump and clear the gap to the island. I made it and enjoyed a lovely cinnamon roll. I was polite and left the rest for Mom and The Boy. I even licked the top of all of them to "seal" in that wonderful icing.

Since Mom sleeps like a drunken sailor and there was absolutely no danger of waking her up I thought this would be a good time to get that bulb on the Christmas tree I want so badly.  I tried, but only managed to knock off two bulbs, still not MY bulb, so I just left them.

While under the tree the "urge" hit and I thought what a perfect time this would be to give Mom an early Christmas present. I left two perfectly formed pug logs on that beautiful Christmas tree skirt. I rather liked the way they looked laying there all shiny in the silver glitter. Beautiful, if I do say so myself!

So by now I was getting a little sleepy and all I needed was a wee sip of that Coke and I would be ready to turn in for the night. Who knew that little tiny hole in the can was not big enough for a pug tongue? I was forced to turn the can over and pour it out on the coffee table so I could get me a few good laps. I had no other choice. The Coke people really need to fix this flaw in their design. Make the cans more pug friendly.

I got on the couch with Mom and decided the most comfy place to lay would be in the middle of her chest. I love me some boob pillows! Soon I drifted softly off to sleep......

Mom apparently woke up and thought she was having an asthma attack because of the weight on her chest. She sat up really fast and unceremoniously dumped me off my boob pillows.  Realizing that she was in no immediate danger of dying from an asthma attack she had time to look around the room. With her eyes bugging out worse than any pug I have ever seen and her mouth hanging open rather unattractively she began yelling "Lola, what have you done?!" I looked at her with pure innocence in my sleepy eyes. I would have gotten away with it too except I tilted my head just right and Mom saw it glinting in the light from the lamp.  I was busted by the glitter on my face! She couldn't resist my cuteness and scooped me up for hugs and kisses.  She was laughing, hugging and kissing right up to the moment she smelled the frosting in my fur....
Posted by Tucker and Lola at 8:36 AM