A Study in Goofy

While going through some pictures today I noticed how many goofy pictures I have of Lola. Most are out of focus and have bad lighting because she is way too nosy to have her picture taken and constantly circles whoever is holding the camera.  Tucker is the opposite, he actually poses, I can move his legs, his head, dress him up, etc. and he will "hold the pose". But he started young, I used him in a lot of the graphic packages I made and sold.  It's all he has ever known since he was 3 weeks old (Tucker had to come home early because his mother would not care for him and he needed round the clock care). I wish I had done the same with Lola as a baby. It is so frustrating to try to get shots of her. I have more bad pictures of this girl than I have good ones. Most of these you have seen before, some you haven't.


Today I celebrate the goofiness that is Lola. 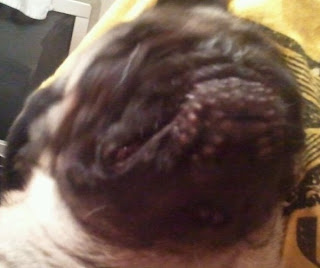 This one came while trying to catch her in a yawn. Obviously I missed again, but this is my all time favorite goofy picture of her. 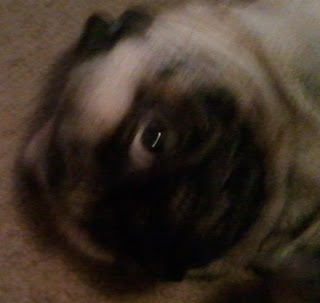 When Lola was about 5 months old she started "rolling". She would get on one side of the room and literally roll all the way to the other side without stopping. This was her in mid roll. She doesn't do this as much anymore. Now she jumps from one piece of furniture to another to cross a room.

She sleeps in some very strange positions, this is one of her favorites and never fails to make me laugh when I see it. 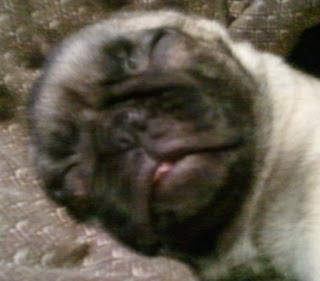 Sound asleep and honestly I don't know how she had her ears tucked so far back. 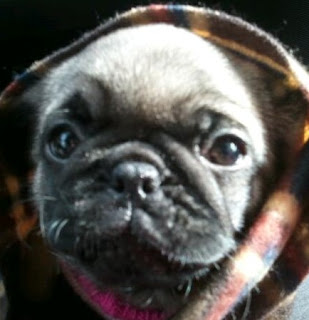 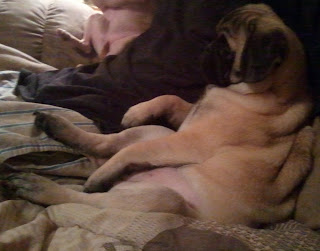 Another favorite. She really does sit like this to watch TV. Give her a beer and a remote and she would bear a strong resemblance to my ex. Only she is cuter.

Playing with Her Boy. He was trying to do something and she would not get out of the way so he stuck her between his legs for a minute. She surprised us by not only liking it but by staying there for a long time. Now this is what he does with her to get her to leave him alone while he is doing something. 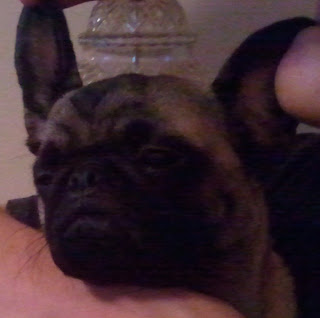 Lola pretending to be a French Bulldog. My son was playing around with her. You can tell she was about to fall asleep, she loves to have her ears messed with and it always makes her sleepy. 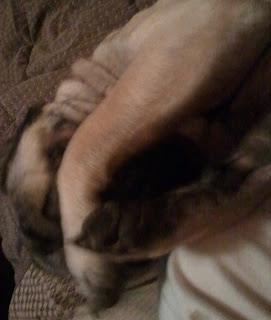 I love this one too. I have no idea why but every time she lays on her back if you hold your hand above her head in the "claw" position you will get this response. 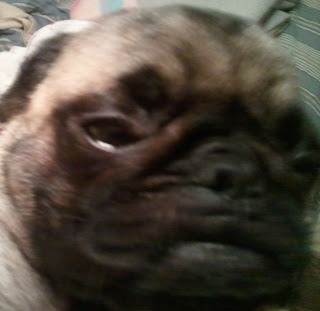 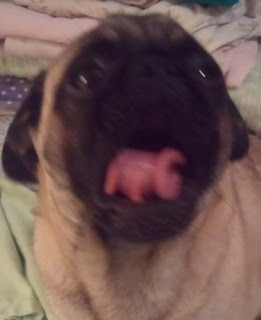 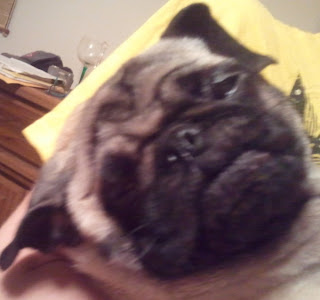 She was laying on her back in Her Boy's arms while we talked, no clue what the girl was trying to do with her mouth in this one. 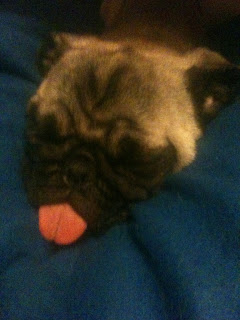 This is a typical Lola sleeping pattern. She almost always sleeps with her tongue out. You can play with that tongue all you want and it will not wake her up. 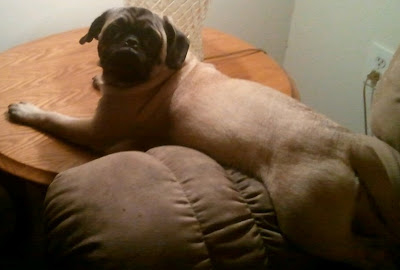 Lola has always had a thing about laying half on one thing and half on another. She rarely ever puts her whole body on just one thing. This is one of her favorite napping places. I caught her here as she was waking up. 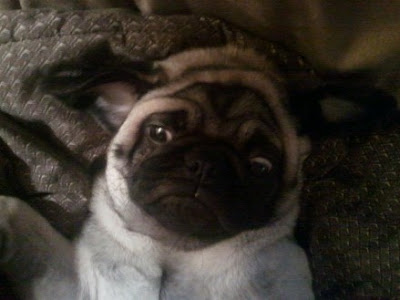 I don't even know what she was doing here, but she looks very disgusted with something or someone. Probably me and the camera. 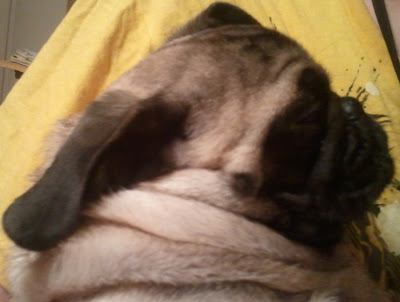 Her favorite place in the world, snuggled in Her Boy's arms. Not a goofy one but very cute.
Posted by Tucker and Lola at 9:21 AM